A team of volunteers from SSEN Distribution’s Inverness Depot has helped clear away stray bushes, brambles and vegetation from the Cnoc Walkway, ensuring that the local community and visitors to Beauly can enjoy their walks in safety. 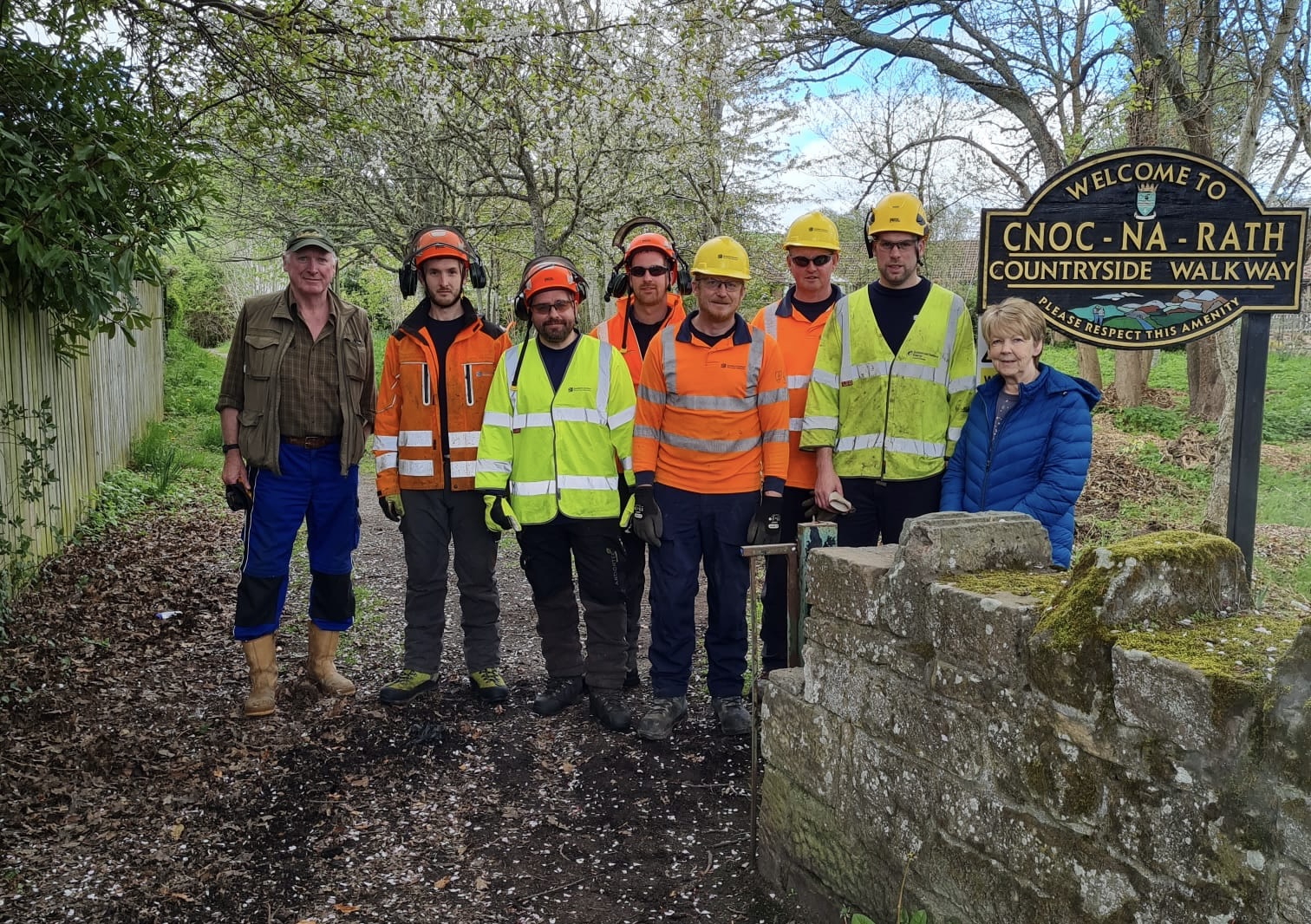 Beauly Community Council has been keeping the Cnoc Walkway accessible to locals and tourists alike for many years, but with an increased risk of flooding from overgrown weeds and brambles blocking the burn, local volunteers took on the task with a helping hand from SSEN Distribution.

The six SSEN volunteers also brought with them all of the equipment needed for the task, and after carrying out a full risk assessment of the day ahead, set about clearing away the overgrown trees and bushes as well as giving the site a general ‘spruce-up'.

All of this was possible thanks to SSEN's ‘Be the Difference' scheme which gives every employee a day away from their workplace to help a local charity or good cause.

"Be the Difference is all about supporting good causes and helping the local community. So when I noticed the volunteers out working while walking in the Cnoc over a number of Wednesdays, I asked if there was anything we could do to support. The access we have to specialist equipment including mini diggers and chippers can sometimes make all the difference to the community effort, so we were delighted to lend a helping hand.”

“We’ve been keeping the Cnoc Walkway accessible to locals and tourists by regularly strimming the path for many years. Unfortunately, brambles and other weeds were encroaching into and over the burn, with a number of blockages which increased the risk of flooding.

“We purchased an industrial brush cutter and hedge trimmer with grant monies, but we needed bigger machines to tackle some of the growth and do the work quicker. Needless to say, we were delighted with the offer from SSEN Distribution, and the boys did a fantastic job. It’s saved us hours of work and we can now concentrate on clearing the last part of the burn.”

The above photo, taken after all the hard work had been completed, shows Alex Mohun next to Seona Fraser along with the other volunteers.